MacKeeper: Why you shouldn’t use it and how to remove it from your Mac 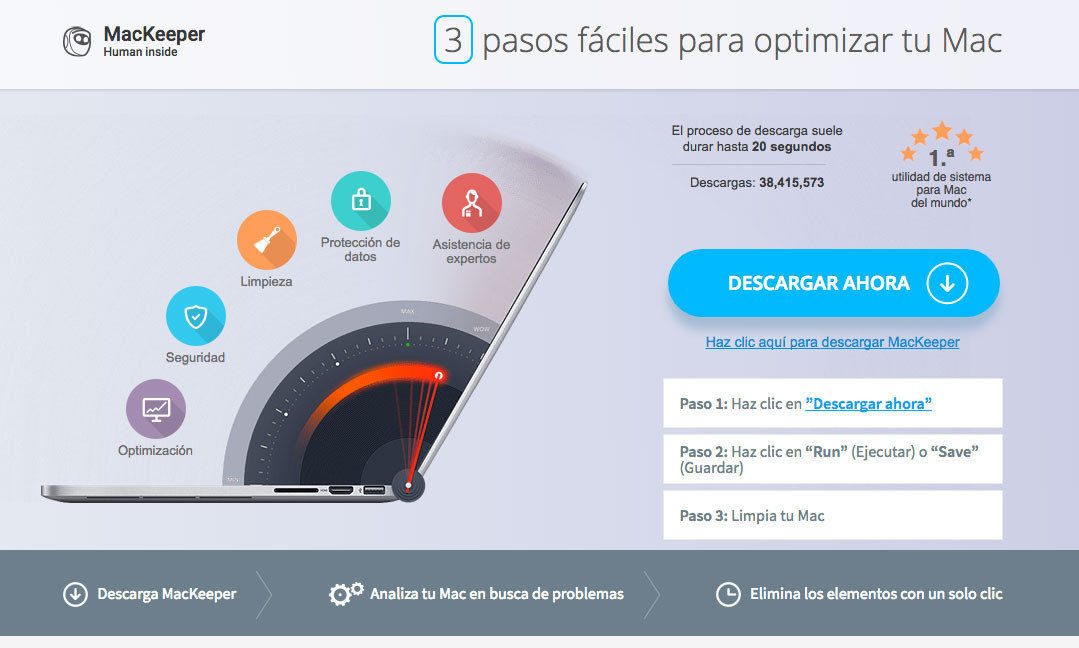 MacKeeper is a suite of software programs for macOS with cleaning, security and optimization utilities. For some people MacKeeper is the best; it protects and optimizes the system. For others, it is the worst; they say it blocks the computer and causes more problems than it solves. We will try to clarify some ideas about MacKeeper by giving a detailed description of the application, its myths and reality.

This application is already a few years old and has had many controversies. To begin with, they have used aggressive marketing techniques that make users install the application almost by deceiving them and using techniques that could be described as dishonest. The company that sells MacKeeper, called ZeoBIT, has a long history of false advertising claims. In addition, many lawsuits have been filed against them and they were found guilty. Some MacKeeper advertisements were presented as online malware scanners claiming to have found malware on the computer and then asking users to download the application. This technique is often used by dishonest software, also known as malware.

The class action lawsuit alleged that “neither the free trial nor the full registered versions of MacKeeper performed any credible diagnostic testing”. This lawsuit reported that a user’s Mac was in need of repair and at risk, so the user had to install the application, which made it difficult to uninstall it later. So the program was a trap, it worked as a Trojan horse adding advertisements, which slowed down the device. As far as we know, they have lost all the trials just because the accusations were not false. The application caused many more problems than it solved.

Why we don’t recommend installing MacKeeper

This application offers different services. It seems irresistible at first glance, a useful and free application in its trial version (or in its registered version):

How to remove MacKeeper from your Mac

There are third-party applications that will help you uninstall malware and other programs that are extremely difficult to uninstall, such as MacKeeper. If the process is causing you more problems than usual, you can try other applications such as Ad-adware. However, once the system is damaged, it is better to start over from scratch. If you need help, we can reinstall the operating system on your computer and recover your data. The usual way to remove MacKeeper is as follows:

Once this is done, you should verify that the uninstallation has finished successfully. You should search your computer and restart it to make sure that the application cannot be found in any folder or that it is still active on the “Activity Monitor”.

How to protect your Mac from malware

Mac operating system already incorporates multiple security features. In addition, each update adds new features to avoid new threats. Even if you don’t use Windows, good times for Macs have already passed and they have not been safe from malware for a long time. Nowadays there are many specific threats for Apple computers, in addition to the generic ones that install advertisements in browsers and others. That is why you should take some precautions:

Symptoms that your computer is infected with malware:

To sum up, if you have installed MacKeeper and your computer slows down, the first thing you should do is uninstall it and clean it up from your computer (clear you browser’s cache, remove extensions of unknown origin, etc.). After that, update your Mac. If it still doesn’t work properly, contact us so we can guide you and help you with the problem that affects your computer.